Back in the days when this old blog was not so very old, and there were only 340 or so TJ's locations nationwide, people knew me as "the sweet beverage fiend," or "the hummingbird." I grew up on full-calorie sodas and sticky sweet, high fructose corn syrup-laden "juice" drinks. And while I've basically sworn off HFCS altogether at this point—and love Trader Joe's because they very infrequently, if ever, use it in their products—I still love me some sweetness. So when this product tasted just as much like cucumber as watermelon, I was a little disappointed.

I mean I know it says "cucumber" in the title of the product, but I thought that was just to make it sound healthier than it actually is—in the manner of TJ's Tropical Carrot Juice Blend or Omega Orange Carrot Juice. I'm not saying those carrot drinks aren't healthy, I'm simply pointing out that the carrot flavor is cleverly blended in with a multitude of other sweeter essences. But this actually tastes like cucumber. And while my instinct is to simply complain about tasting cucumber juice for the next couple paragraphs, I really can't think of anything else to say about it, and I know my negativity would attract a plethora of negative comments, and I'm sure there are plenty of you, like Sonia, that will actually enjoy drinking cucumber juice. 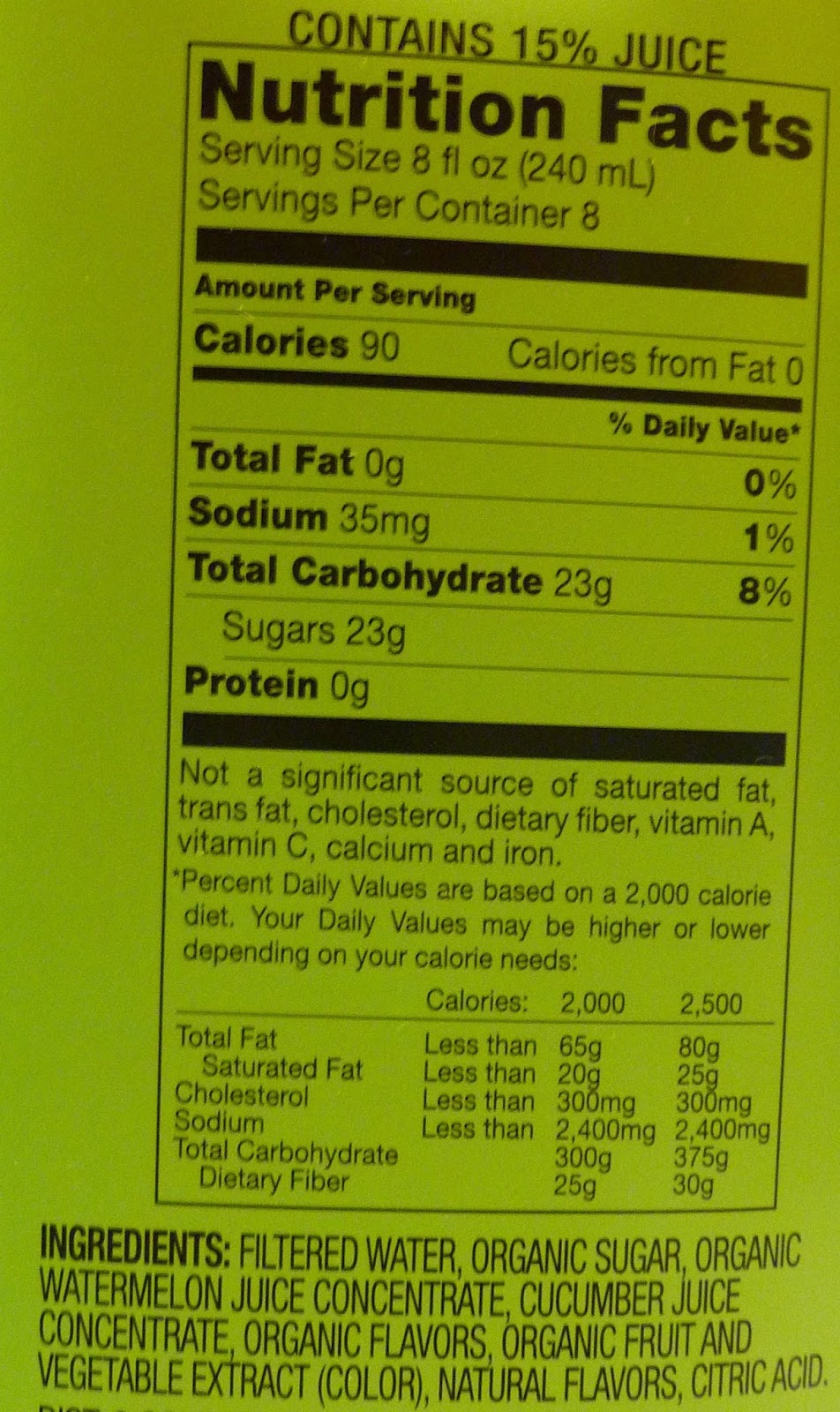 Surprisingly, however, both organic sugar and watermelon juice outrank "cucumber juice" on the ingredients list. And even more surprisingly, the cucumbery taste is growing on me—ever so slightly. Sonia pointed out that this beverage will be perfect come summertime. It's meant to be a "cooler," just like the title says, and I must admit that it's a great thirst quencher. It was a little better with a ton of ice. It definitely does taste like watermelon, too, but the watermelon to cucumber ratio favors the "cuke" a good bit more than I was expecting. It's a light flavor. And...it just tastes a lot like cucumber. I'm sorry I keep saying that. It's just...you don't drink cucumbers. I'm open to new things, but...cucumber juice? It's weird, but I guess it's not necessarily bad. Always good to expand your horizons, right?

I think I'll be generous and give it 2.5 stars for its thirst-quenching properties and uniqueness. But be warned: if the idea of cucumber juice turns your stomach, you probably won't like this product. Sonia gives it 4 stars. She's down with the cucumberiness.