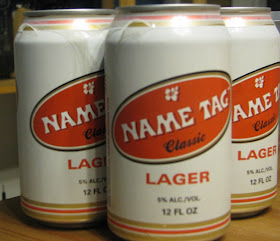 Sandy and I could not do anything else other than look at each other and make a quizzical face. We were away for the weekend at a resort in Ohio this past weekend, at dinner Saturday night at the onsite restaurant, and when we requested a refill on our Sprites, our waitress brought them out...one at a time...in a Styrofoam cup...to pour right into our glasses...right in front of us. If we weren't the only ones there and would have been so obvious, we might have busted out laughing at the absurdity of it. I've never seen this before, and while a valid way to refill a drink, I suppose, it certainly made me feel a little more confident about our decision to pass up the "unbeatable price" and "tremendous value" of the time share spiel we had to sit through earlier that day.

Of course, the weekend wasn't a total loss. It's always great to have a little time away with your better half, and always funny when a buffalo almost gets its head stuck in your car window on a drive-through safari (true story). Plus, the fine citizens of Ohio have some privileges that we, the plebes of Pennsylvania, don't, like certain types of products available for purchase at Trader Joe's...uh, not that we did...the beer fairy came by again....yeah, that's it...

I shoulda told the beer fairy to not bother at all with the Name Tag Classic Lager. It's so bad that Trader Joe didn't even really put his name on it, though like the kid with muddy boots on standing on a messy carpet, it's obviously his fault. Look at the font used and the flower, and the familiar oval-shaped name tag logo....yeah, it's his. And it's bad. Listen, I went to Penn State, then lived near Pitt campus in Pittsburgh for a while, and have been flat-out broke at times, so I know what crappy beer tastes like. This, simply said, might be the absolute worst. The first ice cold sip I took tasted like literally nothing except a faint sickly sweetness at the end, which was kinda gross. Subsequent sips were tastelessly bitter and bitterly tasteless, if that's even possible. Finally, it got to the point where I could discern what this tasted like...precisely just like the metallic innards of the can. This putrid, super light, watery, nastastic spew was so utterly devoid of its own flavor it had no choice other than to absorb whatever it could from an aluminum can. To my memory, this was only the second beer I've ever tasted that, based on sheer nastiness, the remaining gulps were poured down the kitchen sink and not into my belly. This is terrible stuff, and to make it even worse, no hot chicks other than my wife appeared, no parties broke out, no one pointed out all the other "unmanly" things I'd done that day already (like stop and ask for directions at a gas station), no silver bullet train ran through the living room...nothing like that when people drink other crappy beers on TV. I just kinda sat there feeling numb and depressed over a horrible beer while making all sorts of grimacing faces. Sandy didn't have to taste it to know she wouldn't like it. Ugh. I think PBR or even something called Beer 30 Light that my younger bro mentioned to me the other night would be at least ten, if not twenty, times better than this. It's just that bad. At least it's cheap at $2.99 for a six pack, but I'm certainly more than glad we, uh, the beer fairy, procured us some other inexpensive TJ adult beverages, or otherwise the shopping trip would have been a complete disaster.

It's so bad, in fact, while deliberating a score, I seriously wondered if I should set a precedent by giving something negative Golden Spoons. But I can't do that, for two reasons. First, if this, or even this, doesn't garner a negative score, nothing can, even though I think this may be the absolute worst TJ's product I've tried yet. Secondly, some of this crap-veza might have a valuable use, and no, I don't mean giving the leftovers out to the random adults who insist on trick-or-treating in our neighborhood. I've found that bad beer often is a valuable ingredient when used in making a good crockpot full of chili, and as it's getting colder, I feel my first batch coming on soon. My brother and sister-in law, who also choked down a few gulps before ditching the can, pretty much agreed. For that, and that only, I think between the three of us we can muster a total of half a spoon from the three of us. For one of the very worst (if not THE worst) beer any of us ever tried, that has to be considered more than fair.